Please Note: We are following the guidelines regarding health safety of the Ministry of Culture and the Italian authorities. We will inform if any changement will be occured.
Qualifying Round ONLY ONLINE
To participate in the QUALIFYING ROUND, the candidate must send his/her own VIDEO containing 1 aria of sacred music of his choice (in MP4 format) or YouTube link by 15 July 2020 copying the related WeTransfer or YouTube link at www.concorsomusicasacra.com/registration in the registration form. The video can be recorded for the occasion or taken from a previous performance.
The evaluation will be carried out by the Jury composed of the Artistic Director of the Sacred Music International Competition and by the Managers of each Partner of Let’s Sing Oratorio Music. The singers who have received the final mark from the majority of the Jury will be admitted to the Semi-final in Rome.
By July 30th 2020, the Competition secretariat will communicate the names of the candidates who have passed the preliminary phase by sending emails to each of them. The list of admitted candidates will be published on the site  www.concorsomusicasacra.com
By August 10th 2020, those admitted to the Semi-final of the Competition must complete the registration by sending the second part of participation fee due and any changes to the definitive list of the pieces they will present in Rome, under penalty of exclusion from the Competition.
Semi-final of the Competition September 2 and 3 (September 1 and 2 rehearsals)
9. The competitors promoted to the Semi-final will sing 2 arias from the Oratory The Creation and 1 aria of sacred music from those not presented on video. They will be informed of this choice by the Piano Repetiteur during the rehearsals.
10.The semi-final dedicated to the competitors directly admitted will provide for the execution of max. 3 arias: the first one of their choice, the   other two sections cho-sen by the Jury and communicated to the singers by the Master Collaborator during the musical rehearsals.
11. At the end of the two Semi-final sessions, the Jury - always with a majority voting system – will communicate the list of finalists and will deliver by email the Diplomas of Participation with the Semifinalist specification.
Final in the form of Gala Concert (September 4)
12. For the final session, in the form of a Gala Concert, which will take place on September 4th at 8.30 pm, at the Basilica SS. XII Apostoli (SS. Apostoli Square, Rome), the finalists will have to sing a maximum of 2 arias chosen by the Jury with unquestionable decision among all 5 pieces presented. At the end of the Final, The Jury will vote immediately after the end of the Competition and at the end the winners of the 2020 Sacred Music International Competition will be announced. The Jury may decide more than one winner for each vocal register/role.
Modulo d'Iscrizione 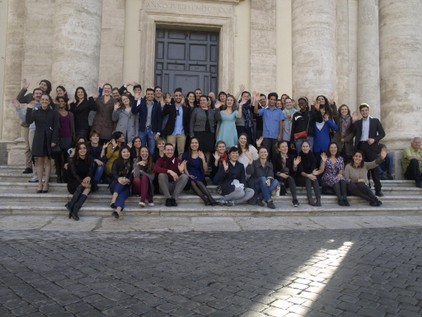 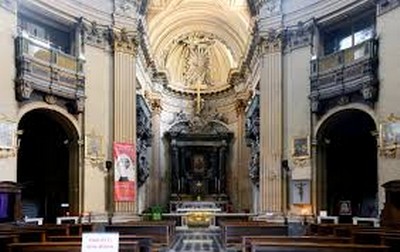 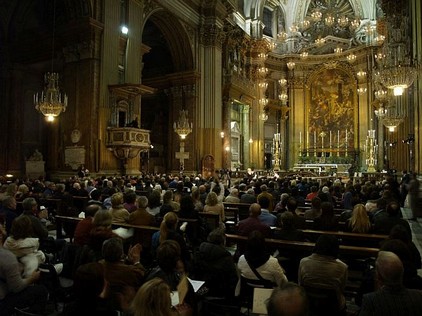 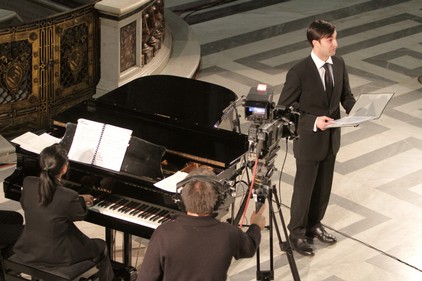